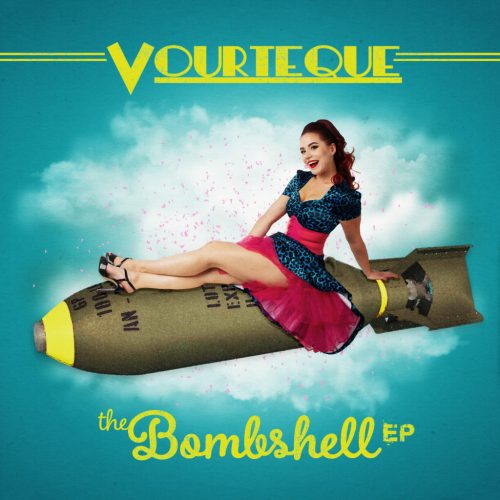 The latest EP from Vourteque sees the Rouge! co-founder going in a slightly different direction than his previous outing "The Iron and Jazz Age". Eschewing the Dieselpunk trappings of his previous release, this new collection of songs flirts with Electroswing, while pushing past the swing era into the atomic age. The set is divided between covers and originals, with reworks of 60's classics Comanche and Crossfire, as well as Henry Mancini's instantly recognizable theme to the Peter Gunn show. The record will be released on Dead 2 Me Records July 24th, 2018.